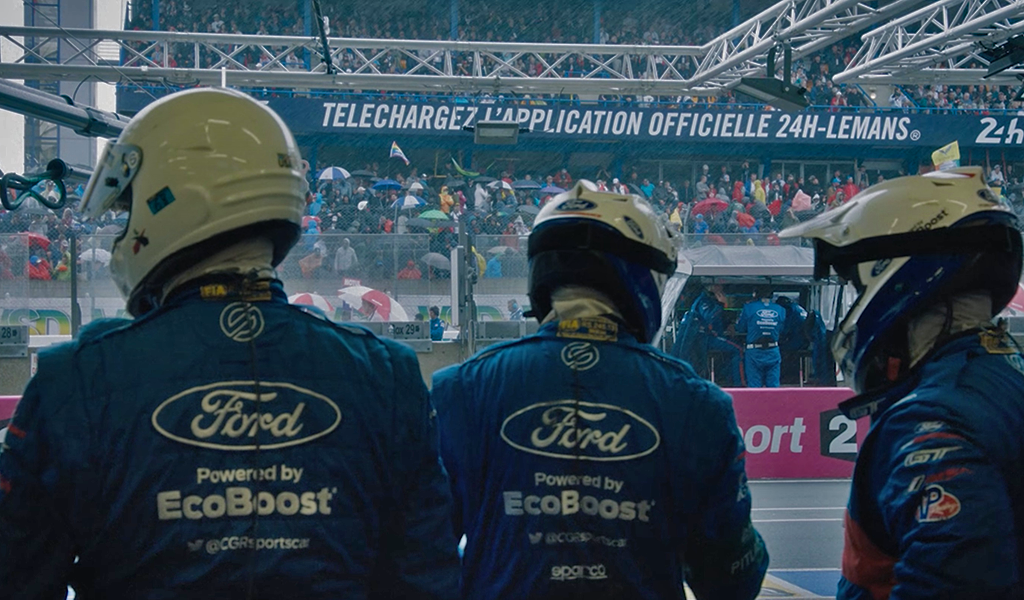 It would seem Le Mans isn’t the only one to drop a documentary about the fabled race on Amazon Prime. Ford is also getting in on the action, with a new piece dubbed “The Return” about the Ford GT’s reappearance in the fabled 24-hour enduro.

'The Return' on Amazon Prime

We are heading back to the 24 Heures du Mans this year! Relive our Return to Le Mans 50 years after the historical 1-2-3 finish in the feature documentary film. Now available to stream with Prime on Amazon Video. http://amzn.to/TheReturn

As you might expect, the video is free for Amazon Prime customers. All other racing fans will have to consider joining up if they care to watch it… which is a more compelling case given the automotive interest video portfolio over there that includes Le Mans’ own series about the race and also The Grand Tour. The Ford GT race car’s triumphant return to the 24 Hours of Le Mans and simultaneous development of the Ford GT supercar are highlighted in the new documentary, “The Return,” available now as the company’s first film on Amazon Prime Video.

“To win a race, you have to have incredible commitment,” said Raj Nair, Ford executive vice president and president of North America. “This film captures the teamwork and challenges the team encountered and overcame living up to the Ford GT’s iconic heritage.”

“The Return” features never-before-seen footage showing the challenge Ford Motor Company set for itself in developing an all-new Ford GT, which both honored its storied history on the race track and shattered modern expectations about what a supercar can be.

“As a director and an avid racing enthusiast, I set out to make a passion project of a movie,” said Joiner. “I was able to shoot things that very few people ever get to witness about building a world-class race car and program. And then putting this new car and team up against the best in the world at the Le Mans 24 Hours. It was a once-in-a-lifetime experience I will never forget.”

Enthusiasts get exclusive access to the side-by-side development of the GT race car and production car through the eyes of those involved during its fast and intense development. World-class drivers, racing experts and others bring life to the most treacherous, high-stakes endurance race in the world, while Ford family members link the race’s significance to Henry Ford launching the company on the track more than 100 years ago.

“The Return” is available for free download on Amazon Prime starting the eve of the 2017 24 Hours of Le Mans, where four Ford GT race cars will return again to fight for the most coveted trophy in endurance racing. The green flag drops on Saturday.