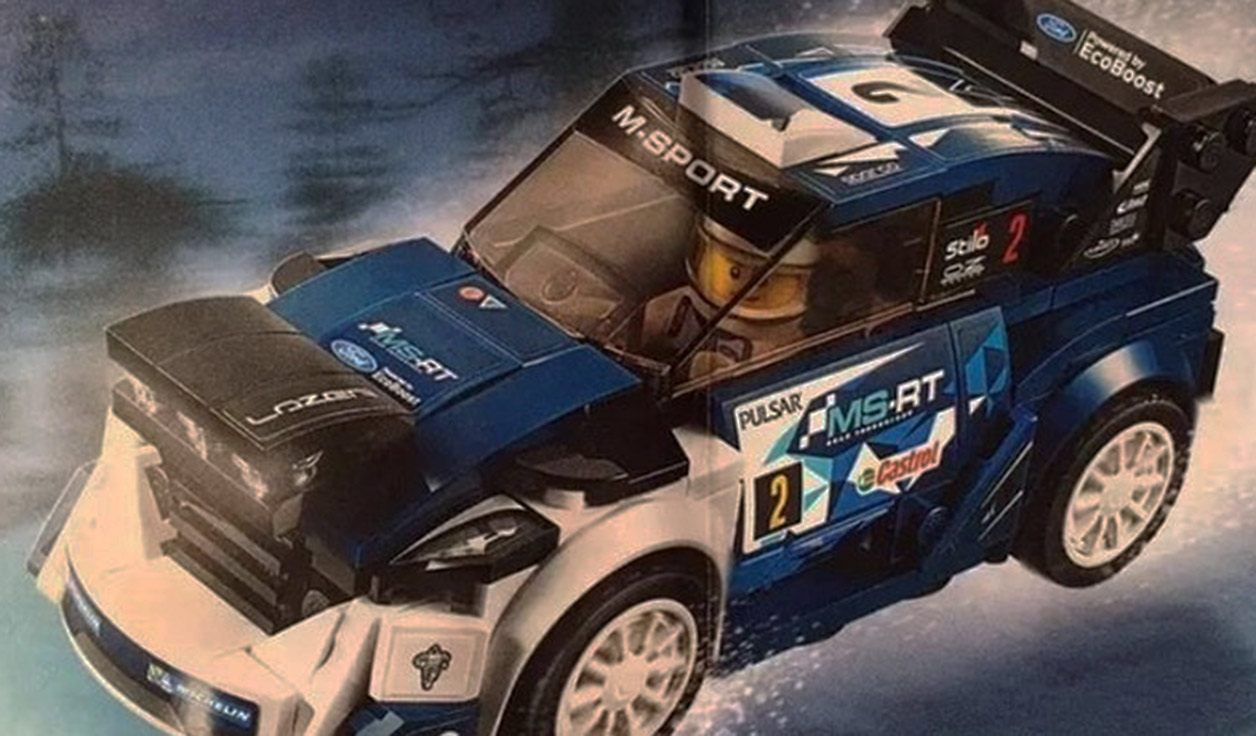 Lego’s real-car inspired Speed Champions line of brick sets is set to expand even further this year with six new kits spanning the Ford, Porsche and Ferrari brands. As is typical of the Speed Champions annual rollouts, the new kits are expected to arrive here in January, though early details have already begun to trickle out.

Before we lay it all out, it’s worth hat-tipping to BrickShow.com. That Lego blog is all over monitoring this space, and as a result they make it massively easier to keep pace with what’s going on. For starters, they sighted the image of the Ford Fiesta WRC rally car that’s in our header above, spying it on Reddit and sharing it in their recent story. They also found this image above, apparently revealing all of the upcoming kits. That image is credited to an @mariopower.56 on Instagram, although both the user and the photo are long gone from Instagram as of this writing. We’d link you there, but they’re dead links.

In any case, the photo above, plus some other sleuthing reveals the details of multiple kits. They are as follows.

2.) Ford Fiesta M-Sport WRC (#75885)
This is Speed Champions’ first run at a WRC car, but Ford is a longtime partner and the WRC Fiesta is well-known to younger Ford fans around the world thanks to the popularity of rally and also YouTube video stars such as Ken Block and his Gymkhana hooning videos.

3.) Ferrari 488 GT3 Scuderia Corsa (#75886)
Ferrari and sportscar racing have been around the SpeedChampions fleet since the very beginning, so pairing the two together is a natural and the 488 GT3 is no slouch.

5.) Porsche 911 RSR and 911 Turbo 3.0 (#75888)
A pairing of Porsche’s current 911 RSR from the FIA WEC and IMSA series and a classic 911 Turbo (i.e. 930) is sure to please Porsche fans. And, we suspect those for a hankering for modding should easily be able to turn this Lime Green 930 into a more modern 911 R or GT3 RS given the Speed Champions more simplistic embodiment of cars and Lego fans proficiency for modification.

6.) Ferrari Ultimate Garage (#75889)
The biggest set for 2018 is this garage full of three cool Ferraris, not to mention plenty of mini figures, plastic tools and a lift. The cars themselves include a Ferrari 488 GTE, a classic 250 GTO and a vintage F1-spec 312 T5.

Expect all three in stores by late January.