The term “tide” may be quick on the tongues of most Alabamans this week, but maybe less than appreciated by the owners of a 155-foot Ogilvie Blue King 8-lane slot car track in Mobile. You see, Hurricane Nate apparently did a number on the track, damaging some of it… not beyond repair, but qualifying it as a ran-when-parked fixer upper at a possibly affordable price.

We’re still learning a bit of history on the Ogilvie track history, but we found a brief backgrounder by founder Steve Ogilvie over on SlotBlog.net. Over the years, he and his partners built an estimated 400-600 commercial grade slot car tracks. Though now out of the business, Ogilvie did transfer his craft to Don Bryans who reportedly still builds such constructs out of a shop in Port Orange, FL.

Back to the track on Craigslist, it may be a bit of a mixed bag depending on your view. On the plus side, this is a 155 foot long commercial grade multi-lane track with a ton of extras. It’s the sort of thing that gets set up in warehouses (as seen above in former glory), kids and enthusiasts flocking to it and willing to pay a fee to use. On the down side, the various updates in the ad seem to suggest it’ll need a lot of work (wood working in particular) in order to make the Ogilvie Blue King circuit great again. Without that, it’s fairly useless.

To the right buyer with plenty of know-how, this is a pretty cool find. To most anyone else, it’s a lot of material that may or may not prove useful… plus a lot o support gear from the looks of it. Whether it’s for you remains to be seen.

We’re going to go ahead and post the Craigslist ad verbiage and more pics below. Otherwise, you can find the original ad HERE. 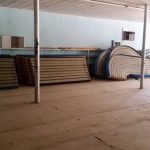 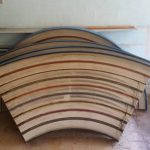 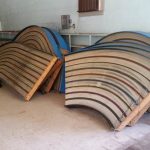 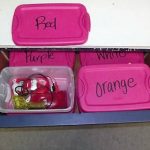 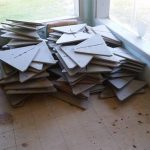 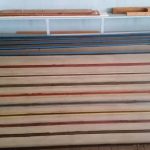 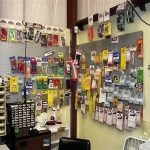 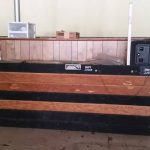 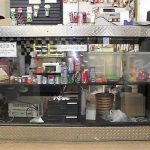 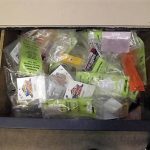 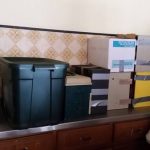 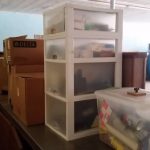 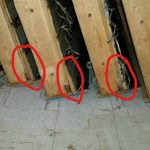 155ft Ogilvie Blue King. I had this track for sale last year for much more, I got a deposit and the guy never showed. I went to check on the track and unfortunately Hurricane Nate flooded my place and damaged some of the track. Made me sick! Best I can tell is that some of the black lane that was on the straightaways on the floor got some water damage and made the wood swell. Not all is bad. This can be repaired or possibly just do not use that lane. The straight panels are the easiest to repair. Some of the sidewall will most likely need replacing. I did not take pics of the exact damage as of yet but you can see in the pics provided what is actually on the floor.

(12/5/17) Update- I went to look again and take pics and it is worse than I thought. See pics. The circled areas are swollen MDF. Most all pieces got a little damage. If you are good with wood this track can be cut and reconfigured for the good parts. Not much money to repair but a lot of labor involved. I will take $600 for everything.

Some of the pictures will show previous siding damage. Some of my pics are of when the track was open to the public. You will get all parts and cars that are shown in pictures that are still in storage, which is most of it.

For your moneys worth this price includes a 50′ drag strip, the rental cars, new car sets, some old custom builds, paint, bodies, any parts I have, maybe a dragster, controllers, misc., etc… I have a partial roll of braid. Drag strip was never set up.
THIS TRACK NEEDS A NEW HOME AND SOME TLC!!
This track was moved with a 28ft uhaul and another trailer for the smaller stuff.

Please only serious inquiries and ‘want to sees’ as the track is about 45 mins from my house.
Thank you for looking.