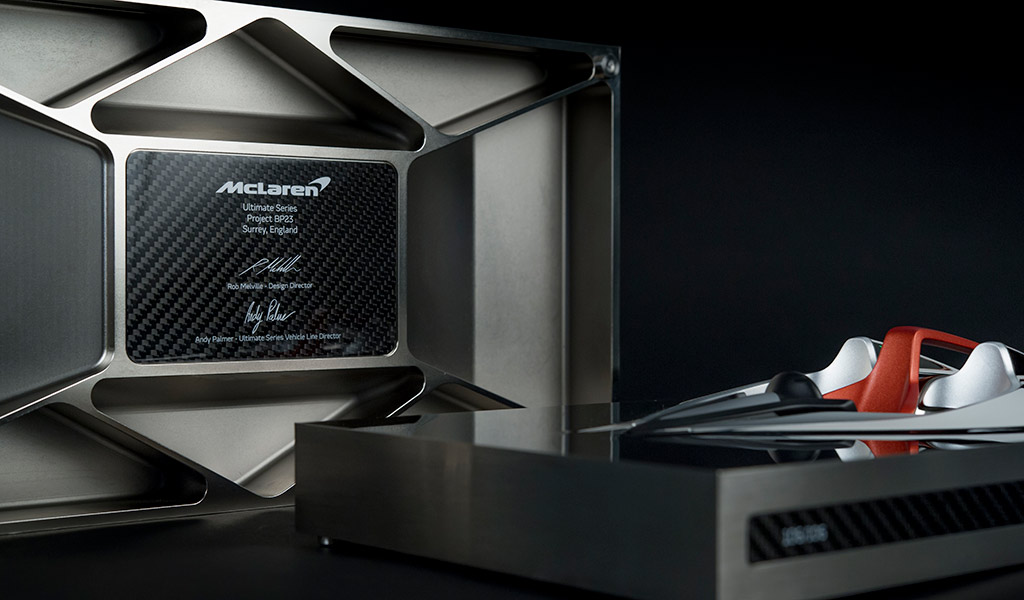 It appears McLaren has created a unique sculpture meant to capture the essence of its upcoming new Hyper GT dubbed BP23. They’re willing to share it with you in these photos, but unless you have one of the cars on order then you can’t have one no matter how much you beg and plead.

Cool swag for future owners is no new practice, but car manufacturers have been improving the game these past few years as even more exotic offerings come to market. The “configuration” kit that went to buyers ordering a Ford GT comes to mind. Now, McLaren is getting in on the action and it’s hard not to appreciate the result. Even though the Hyper GT is yet to be unveiled, that hasn’t stopped buyers from ordering. McLaren is thanking them with this creation that features a hint of the car’s bodywork design incorporated into the overall shape. Each unit takes over 100 hours to create, including 30 hours of hand polishing.

Check out more photos below. Read the full press release from McLaren below that. 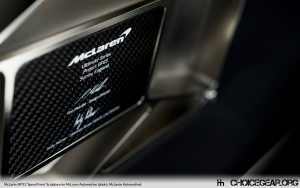 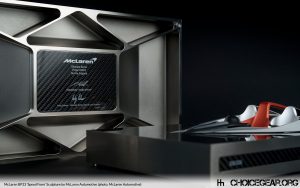 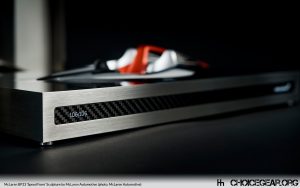 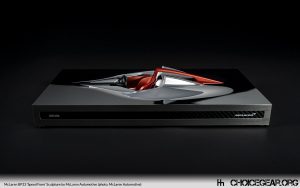 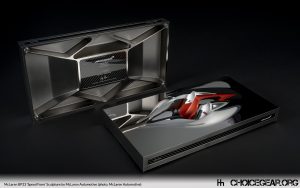 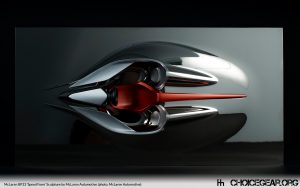 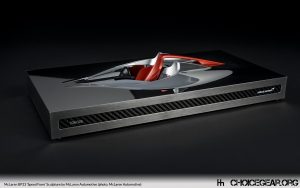 Future owners of the still-to-be unveiled McLaren Hyper-GT, codenamed BP23, will this week receive a sculpture of the car’s evocative and luxurious yet sporting interior. The BP23 ‘Speed Form’ also features a hint of the bodywork design that will make the next Ultimate Series McLaren the most aerodynamic car ever from the marque and help it to achieve the highest top speed of any McLaren, at more than 243mph.

The BP23 ‘Speed Form’ provides an early hint of the luxury and imagination that extends under the skin of the vehicle to its icon-eclipsing interior, which is arranged in the same three-seat, central driving position layout as the McLaren F1 that inspired it. As befits a gift associated with such a rare car, examples of the BP23 Speed Form – which are individually numbered – will not be available to buy.

This three-dimensional piece of art, which measures 400mm x 205mm x 80mm and weighs a proud 3.6kg, is a product of ‘extreme craftsmanship’, created in the true spirit of leading-edge McLaren automotive design. Each piece is machined using the latest 5-axis CNC cutting technology but hand-assembled and finished, reliant on the interaction of human hands, eyes and skills for the achievement of excellence.

Each McLaren BP23 ‘Speed Form’ took more than 100 hours to create, with 30 hours of expert hand-polishing alone. A craftsman has checked each sculpture to achieve an exceptional standard of build, and the highest quality possible.

The entire BP23 allocation of 106 – the same volume as the number of McLaren F1’s sold – was spoken for within weeks of the petrol-electric hybrid car being announced. Unlike McLaren Sports Series and Super Series cars, which have an alphanumerical nomenclature, BP23 will carry an as-yet unannounced name that will be disclosed nearer to its reveal.