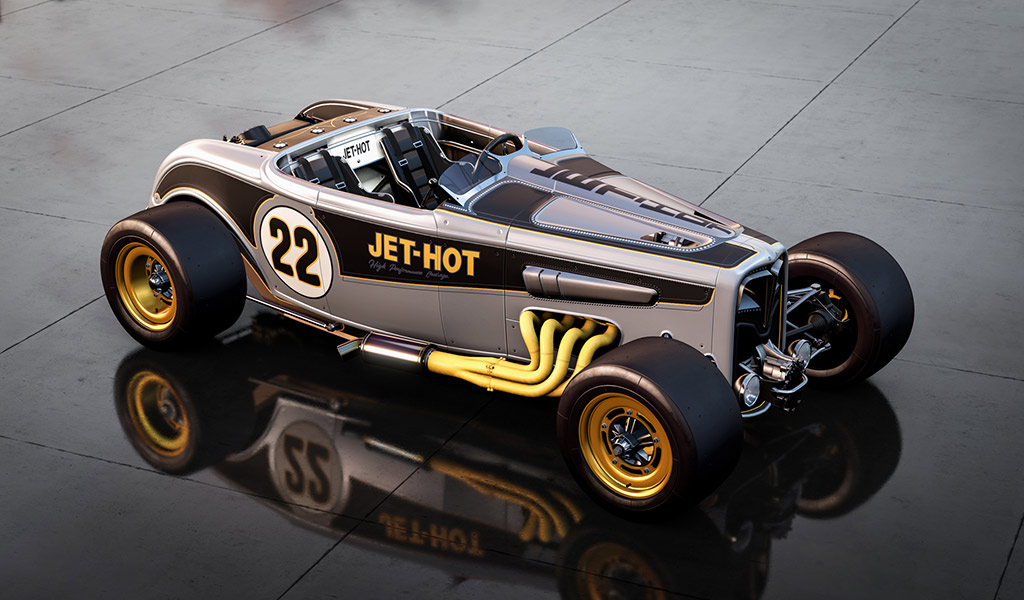 If it’s January then it’s Arizona auction time, and Barrett-Jackson aims to celebrate that fact with Forza Motorsport 7. Barrett’s not the only game going in Arizona, but they’re the big dog and they put a point on that with marketing moves such as this. Even better for gamers, the expansion pack adds an eclectic mix of cars to the Forza portfolio.

Check out the full press release below:

“Barrett-Jackson and the Forza racing franchise are major drivers of the international car culture,” said Craig Jackson, chairman and CEO of Barrett-Jackson. “Barrett-Jackson helps enthusiasts fulfill their high-octane dreams through the greatest collector car events in the world. Forza gives enthusiasts the opportunity to enjoy rare cars through a virtual experience. We’re honored to work with Microsoft’s Turn 10 Studios to join those two worlds through a fantastic, fun game that will inspire a new generation to be part of the car culture.”

“We have a deep connection to every vehicle in the Barrett-Jackson Car Pack, whether they crossed our auction block or were personally owned by someone on our team,” said Steve Davis, president of Barrett-Jackson. “Working closely with Turn 10 Studios, we channeled that knowledge into a group of cars that will deliver an authentic and exciting digital driving experience for enthusiasts of all ages through Forza Motorsport 7.”

About The Barrett-Jackson Auction Company
Established in 1971 and headquartered in Scottsdale, Arizona, Barrett-Jackson, The World’s Greatest Collector Car Auctions®, is the leader in collector car and automotive lifestyle events, which include authentic automobilia auctions and the sale of high-profile estates and private collections. The company produces auctions in Scottsdale, Arizona; Palm Beach, Florida; at Mohegan Sun in Connecticut; and Las Vegas, Nevada. With broadcast partners MotorTrend (formerly Velocity) and the Discovery networks, Barrett-Jackson features extensive live television coverage, including broadcasts in over 150 countries internationally. Barrett-Jackson also endorses a one-of-a-kind collector car insurance for collector vehicles and other valued belongings. For more information about Barrett-Jackson, visit Barrett-Jackson.com or call 480-421-6694.

About the Forza Racing Franchise
The highly acclaimed, award winning Forza franchise, which includes the Forza Motorsport and Forza Horizon series of games, is the best-selling racing franchise this generation across all console platforms and is also home to one of the largest racing communities in the world.

Through premier partnerships across the automotive industry, Forza games feature the world’s greatest cars, including “First in Forza” debuts such as the McLaren P1, Ferrari La Ferrari, Ford GT, Lamborghini Centenario and the Porsche 911 GT2 RS.

The Forza franchise is developed by Turn 10 Studios, creators of Forza Motorsport, together with UK-based Playground Games, developers of the Forza Horizon series.