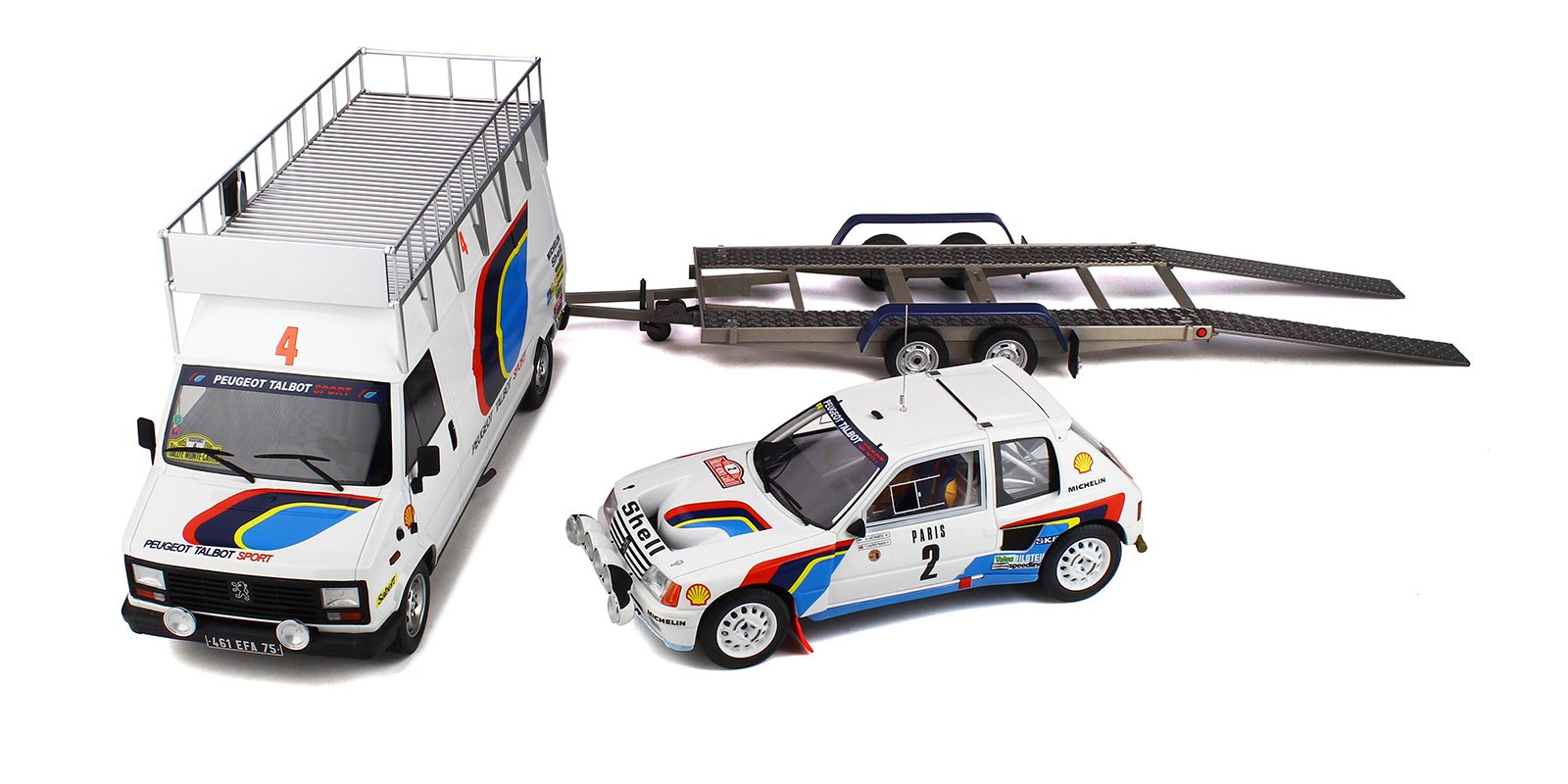 We’ll admit it. we have a soft spot for scale model manufacturer OttOmobile and their recent run of vintage Group B rally cars complete with support truck transporters. This time around, it’s the fantastic Peugeot 205 T16 along with a Peugeot J5 van and trailer in 1:18 scale.

Maybe it’s the #vanlife movement that burgeons in the social media era, but the idea of these do-all spare haulers may be nearly as cool as the Group B monster rally cars themselves.

Here’s the back story according to OttOmobile.

Under Jean Todt’s leadership in the eighties, the sports department of Peugeot, Talbot Sport, began looking at getting back into rallying with a 305 V6. However, things quickly changed and the 205 became the heir apparent to save the brand. Thus, the 205 was chosen to conquer the world championships. With its 4-wheel drive and its compact size it made a beeline for the gold. Many consider the car to be iconic of the golden era of Group B cars. In the evening, after the rally was over, it was the Peugeot J5 that shone as the mobile workshop for the car.